by asanewsonline
in Banking & Finance, Featured
0

She has over 21 years of banking experience which spans through Transaction Services, Treasury, Assets and Liability Management, Corporate Finance and Wholesale Banking.
Olusanya joined the Bank in 1998 and has been in charge of managing the Bank’s Naira and Foreign Currency Balance Sheet, Asset and Liability Position as well as Money Market, Foreign Currency and Bonds Trading. 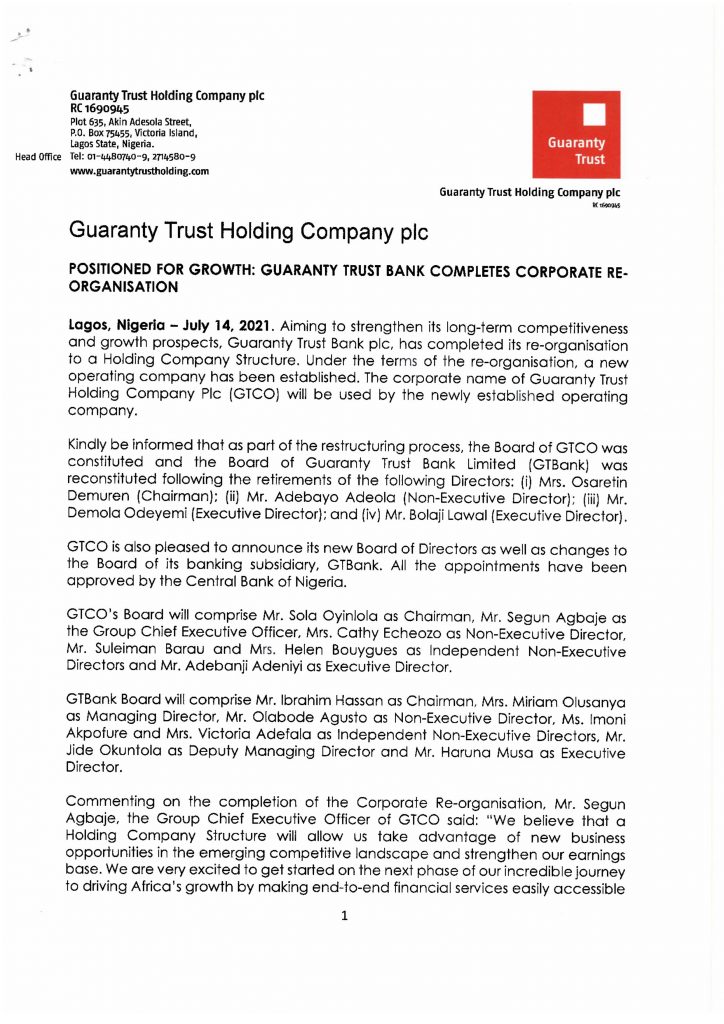